Bitcoin: The good, the bad & the ugly

Bitcoin and cryptocurrencies are a hot topic at the moment. Everyone wants to know whether they should invest in Bitcoin. It is not surprising given that $100 invested 18 months ago, would be worth $1000 now. This kind of growth attracts attention. What is Bitcoin and what is the fuss all about? This YouTube video explains this complicated concept in simple terms:

There is no denying that Bitcoin is one of the most interesting and brilliant inventions of our time.

Let’s look at the good, the bad and the ugly when it comes to Bitcoin:

Bitcoin, like many new technologies is revolutionizing the way that we can transact and interact with the world. Disruptive technology such as this can improve the efficiency and speed of transactions and lower costs. A globalized currency means less interference from central banks to drive the value of their respective currencies up or down.

Cryptocurrency has the potential to reach the poorest countries to improve lives by making transactions easy and accessible to all. In many emerging economies access to money is limited to black market trading and inflated to much higher rates than it should be sold at. Whether Bitcoin will reach and impact these poor communities is something that we will have to wait and see.

Financial institutions have certain rules and acts that prevent the fraudulent transfer of money. With Bitcoin, there is no regulatory body and therefore coins can be used for criminal activities – although the payments themselves seem more secure than most bank transactions. We have already seen North Korea set up a massive mining plant to generate Bitcoin and exchange these for services and products worldwide. This means that sanctions may become ineffective.

With the recent Ransomware virus, the hackers asked to be paid in Bitcoin. This is an example of how criminal activity can take place electronically without zero verification for the actual account holders. It may be difficult to stop money laundering and illegal transfers with a currency that has no central regulator. This is why China banned the use of Bitcoin. How many more governments will follow suit?

When it comes to fraud, it is important for Bitcoin investors and users to know that there is very little protection by regulators or laws anywhere in the world. Users have lost money on exchanges of cryptocurrencies operated by fraudulent schemes.

Generally, when stories reach headlines, become topics on investment shows and get analysts predicting “massive growth”- it indicates a “bubble” or overvalued and hyped up asset.

“Technology has advanced greatly, but human psychology is still the same,” Robert Prechter. This has happened many times in history: investors get so excited about the prospects of super profits that they invest their life savings into a “bubble” that ultimately bursts. 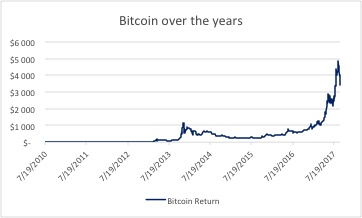 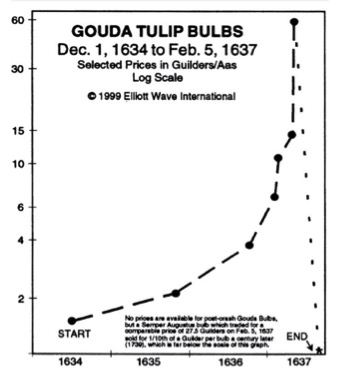 Is this the latest “bubble”?

It’s hard to tell, especially because this is a new technology and we do not know how to value it. As a payment method, it looks secure. However, investing in Bitcoin looks far less certain. Bitcoin is created as a payment method like a US Dollar or the Euro. It is not a company with profits or prospective projects. It will be driven purely by supply and demand of the currency itself. Traditional currencies are impossible to forecast other than perhaps the general long-term direction. Completely new payment methods with new uncertainties make it even harder to predict.

As a payment method, cryptocurrency is a brilliant concept and is likely to change the future of payments and the financial industry. However, the investment merits are questionable.

A major risk for investors is potential future regulations. We have already seen the impact that China’s decision to ban Bitcoin had on the value of Bitcoin. In addition, Bitcoin is not the only cryptocurrency out there with only 49% of the market cap. New entrants will increase the supply of cryptocurrencies which could drive demand away from Bitcoin.

As with all new technologies, it is likely to run a different course than initially anticipated and there are risks. It is not certain that Bitcoin will be the Amazon or Apple of the cryptocurrency world.

We would not advise anyone to stash their life savings in Bitcoin. At best, Bitcoin is highly speculative – there are simply too many unknowns and at worst, it could be disastrous.

To leave you with a quote from Warren Buffett, “Never invest in a business you don’t understand.”