What’s going on with world growth?

Despite years of unprecedented stimulus from authorities all over the world, the global economy is sluggish. Global growth expectations are continually adjusted downwards and are still well below long-term averages. This year the World Bank adjusted its global growth forecast for 2016 downwards to 2,4% from 2,9% in January.

So, what’s happening with economic growth and why is this happening?

We have identified a few factors that are hampering economic growth.

The world has become more protectionist.

he political landscape is moving towards the right and there is a rise in nationalism. Brexit is a good example. Politicians who promise “We can do it alone”, and “Let’s look after ourselves,” or “We’ll be better off on our own,” are seen as saviours and appeal to voters.Taken further and we’re faced with isolation and trade protection. The G20 countries have instigated more protectionism. The number of trade restrictive measures in G20 countries have tripled since 2008. World trade has not recovered since 2008. In fact, world trade volumes now average at a fraction of pre-2008 levels. 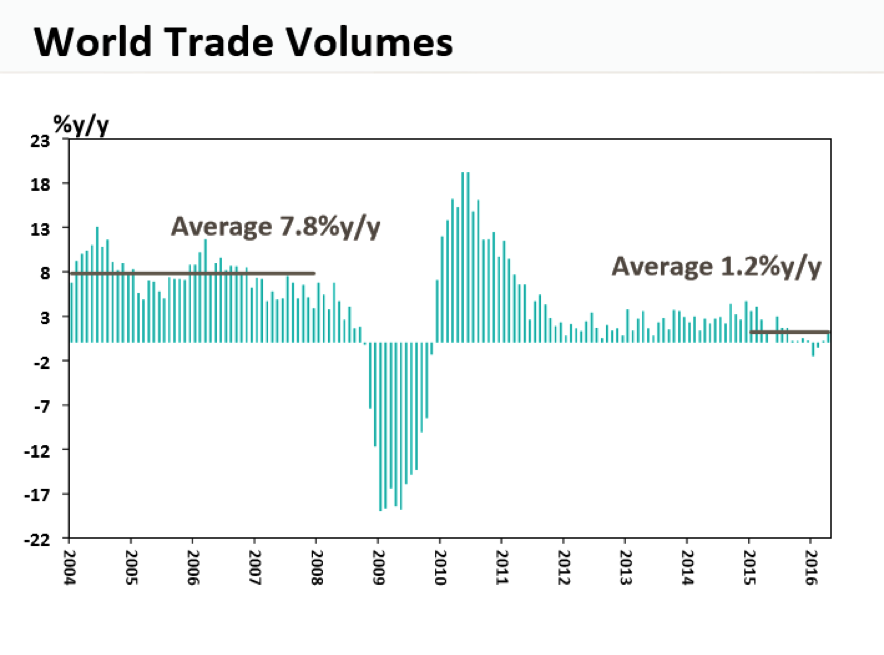 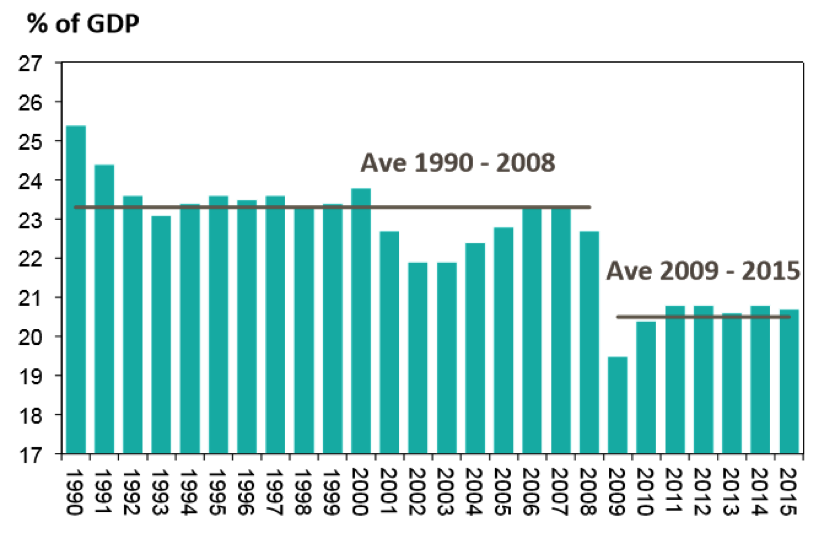 Global life expectancy is rising fast. This means that a larger percentage of older people depend on the productivity of younger people. It is difficult to grow an economy with a declining labour force – Japan is a very good example. In addition, young people study for longer before entering the job market meaning that older people form an increasingly big part of the working population. And old people do not spend as much money as the younger generation! 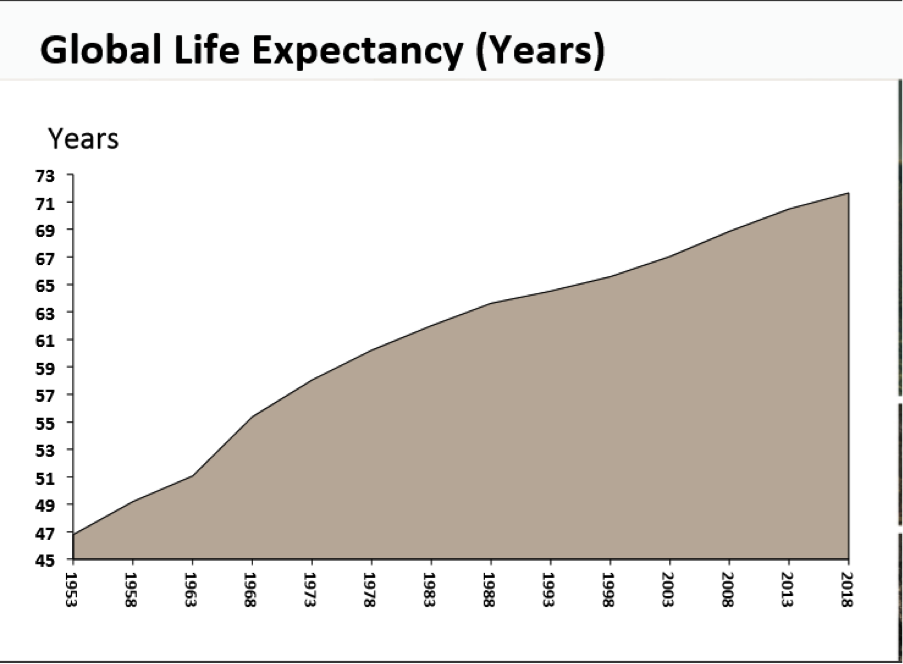 China has fundamentally changed their economic policy. Up until 2008, China spurred economic growth by expanding their infrastructure. They built cities and transport systems. However, the policy became unsustainable as they created too much spare capacity. The Chinese authorities are now encouraging consumers to spend more. The graph below shows that this policy is working. However, the policy change results in a lower demand for commodities – which impacts global trade volumes. Emerging markets that were dependent on commodities, like South Africa have suffered. 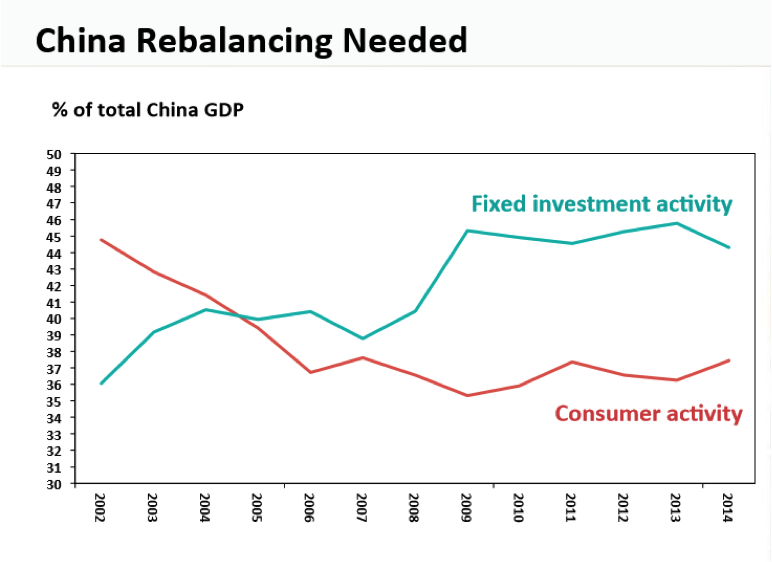 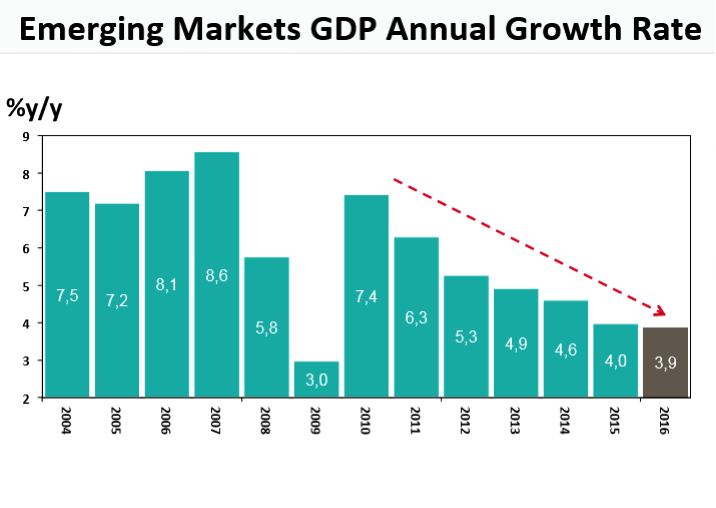 The world has lost confidence.

Confidence globally remains significantly lower to the 2008 financial crisis. Lower confidence can partly be ascribed to a loss of faith in global leadership. 86% of respondents in a World Economic Forum survey said leadership is in crisis. This includes religious, political and media leadership. In addition, there is growing unease about the unequal distribution of wealth. The richest 80 people have the same wealth as the bottom 3.5 billion, and according to Forbes, the richest 10 people are worth more than countries like Sweden and South Africa. Furthermore, the world is corrupt. According to Transparency International’s annual corruption survey, 2 out of 3 countries score below 50 out of 100 on the corruption index. A score below 50 means that there is serious corruption in that country. 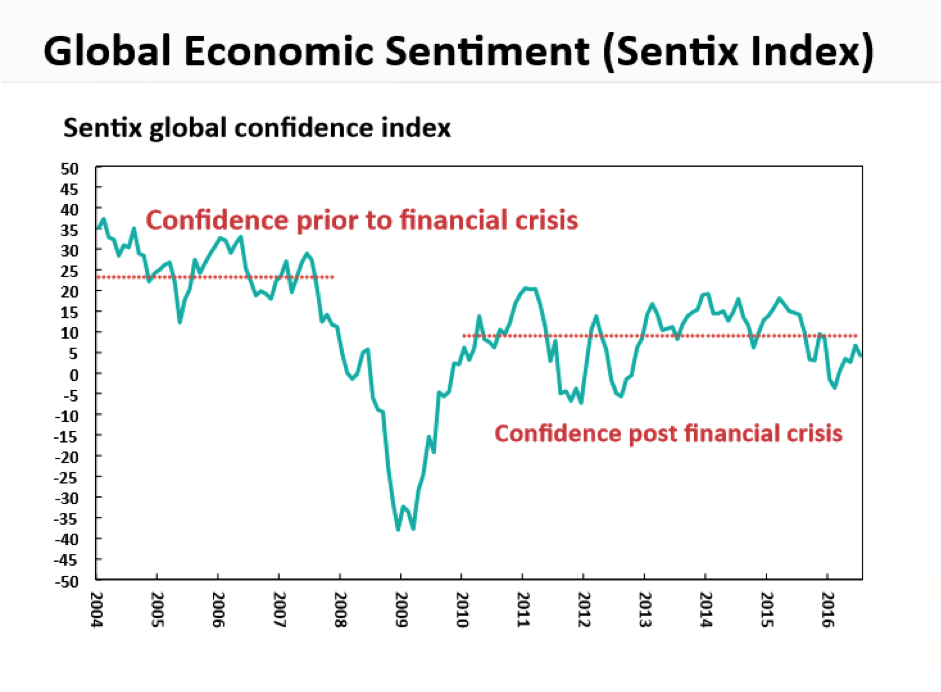 The uncertainty of technology. Nobel Prize–winning economist Robert Shiller told Yahoo Finance in an interview that technology is to blame for faltering economic growth. “People are worried about technology,” said Shiller. “It’s all of these amazing devices that are out there helping us—they’re great—but the benefits of them seem to go substantially toward a minority of wealthy people.” As a result, Shiller says advances in technology have led to “rising inequality.” A report published by the World Economic Forum in January warned that by 2020, more than five million jobs in the world’s wealthiest nations could be lost due to disruptive labour market changes. A 2013 study by researchers at Oxford University speculated up to 47% of all jobs in the US are at risk of “computerization.” The pace of change in technology and the unpredictability of which jobs will provide security weighs on the outlook of many. This uncertainty is not conducive to consumer confidence. So where does that leave us? South Africa has a very open economy, meaning that we are reliant on exports and imports, so it’s unrealistic to think that we will grow above world growth. The gap between South African economic growth and world growth has opened up though. The economy is faltering. Economic policy is a big contributor to this tendency. Not only is there a lack of direction, but policy has been unfriendly to business and has not spurred economic growth. 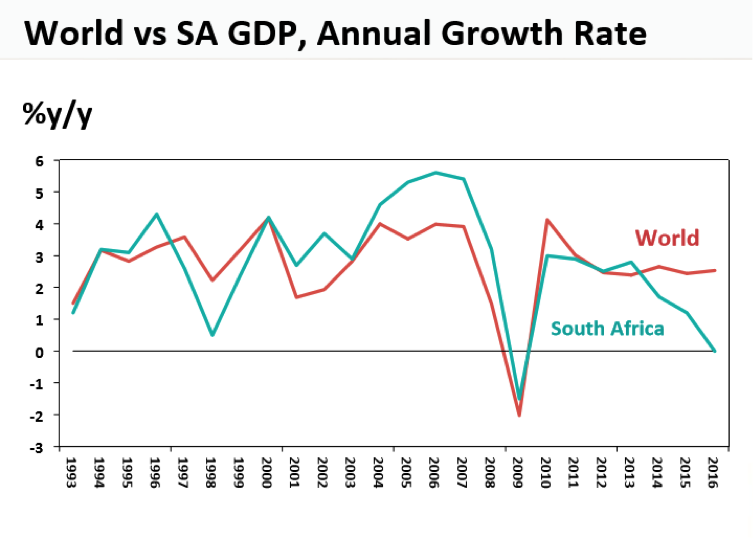 What are we to do?

The increased dissatisfaction with unemployment and the uneven distribution of wealth will put pressure on governments to deploy further measures.

These interventions will continue to provide support for financial assets in the short to medium term.

However, global bond yields seem very low and any sign of their return to normality is uncertain. This is a concern.

We continue to increase diversification in a world that feels unsafe and unsure. Our clients’ portfolios must withstand the increased volatility and global shifts. Forecasting how these shifts will affect asset values remains impossible.

As always we believe that a disciplined asset allocation strategy and a focus on valuations will help us to meet our clients’ needs.